What's EMC and Why is it important for LCD Screen?

Electromagnetic compatibility (EMC), which refers to the comprehensive assessment of electronic products in electromagnetic field interference (EMI) and anti-interference ability (EMS), is one of the most important indicators of product quality.

EMI (Electro-Magnetic Interference) is a phenomenon in which electronic devices use electromagnetic waves to interfere with other electronic devices. For example, when we are watching TV, there will be snow noise on the TV screen when someone is using household appliances such as a hairdryer or electric razor. Rice cookers do not cook rice; An air-conditioner that's turned off will start on its own...These are common electromagnetic interference phenomena.

It affects the functioning of electronic devices, especially LCD screens. LCD within a product is a pure "input" component, it passively accepts any input and shows them out. 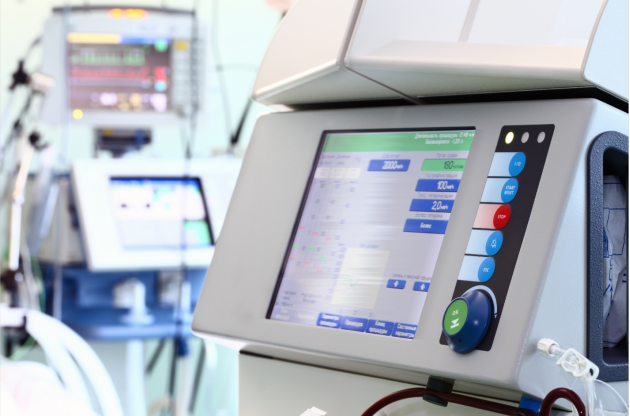 To eliminate EMI, we need to identify the interference source and affecting parts first. Then we can use the corresponding method to reduce, eliminate or prevent electromagnetic radiation from getting into LCD displays.

EMS (Electro-Magnetic Susceptibility) literally refers to the Susceptibility for electronic devices to receive electromagnetic energy from the outside world, which causes their own performance to decrease.

TFT LCD display is an ESD susceptible part within an electronic device. It is one of the most likely failure modes of electronic products. Sometimes it can not be found completely before the product leaves the factory, so it is likely to cause the fault of the client, which will bring greater losses to the enterprise.

ESD testing is conducted to measure how much electrostatic discharge stress a device or equipment can withstand before becoming inoperable.

Test process: Carry out contact and air discharge on the periphery of the iron frame and the display area of the serial port screen in turn, and observe whether the screen has abnormal working phenomena such as reset restart, black screen, white screen, communication interruption, and other abnormalities.

For generally used household appliances, a very common test level is 4kV contact, 8kV air. Proculus test result has been much higher than that, and Proculus products can be applied in the complex industrial environment.

Like ESD testing and ratings, EFT ratings are a measure of device and equipment robustness, but with a different focus on cause and system impact. Switching-transients from inductive loads or relay-contact-bounce present stresses that are less likely to cause device damage than ESD strikes, but may instead interrupt normal system behavior.

Test process: Carry out contact and air discharge on the periphery of the iron frame and the display area of the serial port screen in turn, and observe whether the screen has abnormal working phenomena such as reset restart, black screen, white screen, communication interruption, and other abnormalities.

If one thinks about launching a new electronic device especially in the European market, research on electromagnetic compatibility is nowadays a must. The level of EMC requirements grows if the final device is to be installed in a demanding environment.