When choosing an LCD, we pay more attention to size, brightness, contrast, etc., but there is an equally important factor that is often overlooked: viewing Angle. What is visual Angle?

What is visual Angle 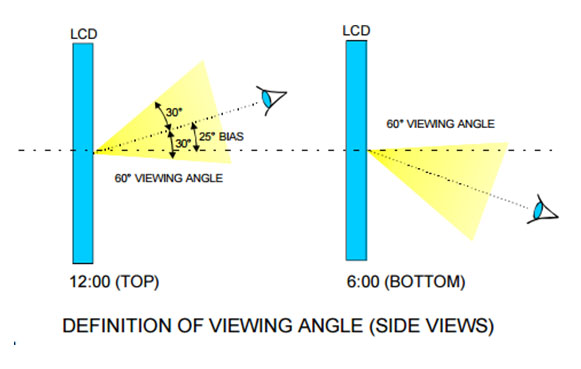 Viewing Angle is a very important index to evaluate the performance of LCD.

Due to the light transmission mechanism, and light through the liquid crystal at a nearly vertical angle to the front, so the display is directly in front of the best visual effect. If the viewing angle is changed, the angle of the light entering the human eye will also be changed, and the display content will be distorted and darkened. When the viewing Angle passes a certain critical Angle, we cannot see the content on the screen. This is what we call the viewing Angle. 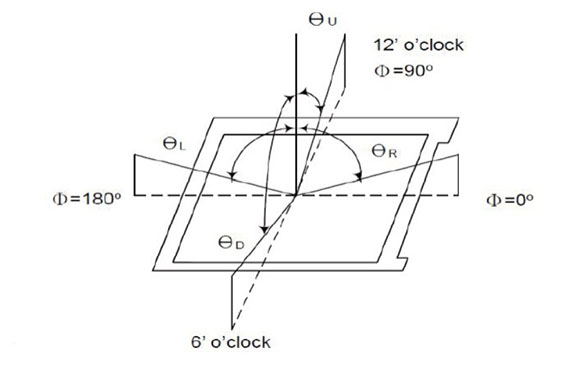 LCD can be roughly divided into TN, VA and IPS, so which one performs best?

TN panel, which stands for Twisted Nematic Panel, was the first popular panel among LCD due to its low production cost.

At present, TN panels on the market are mostly improved TN+film, film is the compensation film, which is used to make up for the lack of visual Angle of TN panel. The maximum value of visual Angle measured by the improved TN panel can reach 160° when the contrast ratio is 10∶1, but in fact, the image has distortion and even color deviation when the contrast drops to 100:1.

VerticalAlignment, the full name of the VA panel, is advantageous in contrast. The VA panel has the highest contrast of all LCD panels, usually reaching 3000:1. It has a large viewing Angle, usually up to 170°, and is mostly used in high-end commercial LCDS.

The color changes when viewed from different angles is called the color distortion rate, and it turns out that the values on the IPS hard screen are almost indistinguishable to the naked eye, meaning that the image looks the same when viewed from the front or from the side.

Each panel has its own advantages and some inherent disadvantages.

For example, TN panel wins in response time, but color and visual Angle is not good; The VA panel has a high contrast, but there are some gaps in response time and color; IPS has good color, but has light leakage problems. So the choose of our display should be based on specific needs.