How Does Capacitive Touchscreen Work and Why Choose It? 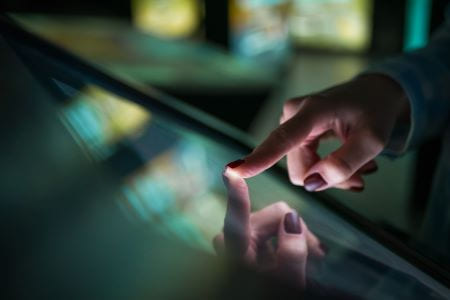 If you wonder how the capacitive touchscreen works, you probably seek to better understand the particularities of this type of screen.

Although similar to the resistive model, the capacitive screen offers a series of advantages for companies and users.

This is because, with differentiated technology, it allows devices to recognize different stimuli at the same time.

Thus, the experience offered to users of capacitive screens is the possibility of multiple simultaneous touches.

As wholesale tft screen supplier, we have prepared this article so that you can better understand how the capacitive screen works and what its advantages are.

What is a capacitive touchscreen and how does it work?

The capacitive touchscreen is a type of screen with a system formed by an electrically charged layer, placed on the monitor panel.

Because of this feature, the capacitive screen is capable of transmitting electrons at very low intensity to everything that contains an electrical charge, such as human skin.

The moment your finger comes into contact with its surface, skin charges interfere with the touchscreen's electrical fields.

Thus, allowing the capacitive system to be able to identify the exact place where the touch occurred, quickly responding to the human stimulus.

The most sought after function of this type of touchscreen is being able to quickly recognize and process different touches at the same time.

In general, the accuracy of this type of screen, which has greater durability, can reach 100%. 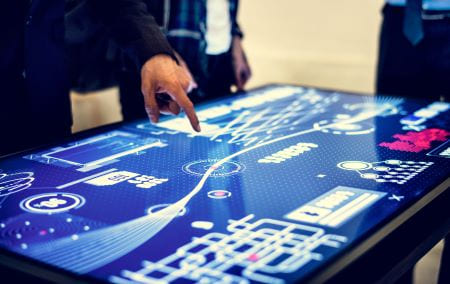 The projective touchscreen has sensors all over its screen.

This technology has the ability to transform various surfaces, whether flat or curved, into a device with a touchscreen.

In this type of capacitive screen, there is the use of an embedded film of nano wires, capable of transmitting the touch coordinates to a controller. With this, the software reads and reproduces the action on the screen, simulating a real interaction with the specific point.

The result of this, in practice, is the possibility of curved and much larger screens, favoring areas such as medicine, education and entertainment.

The surface touchscreen has sensors only in the corners of your screen, and can be considered the traditional model.

The electrostatic distortion caused by bringing your finger closer to the screen is translated as a command, quickly executed by the touchscreen control software.

Also read: Graphical User Interface: what it is and how to implement it

What is the difference between a capacitive and a resistive screen?

To understand how the touchscreen works, it is important to know the difference between the existing models.

Resistive touchscreen displays, commonly found in industrial controls, are composed of several layers and have a plastic front surface.

Its conductive material is on the inner side and is activated the moment the screen is pressed. Upon contact, the layers of the resistive screen inform the system of the touch position and its coordinates. 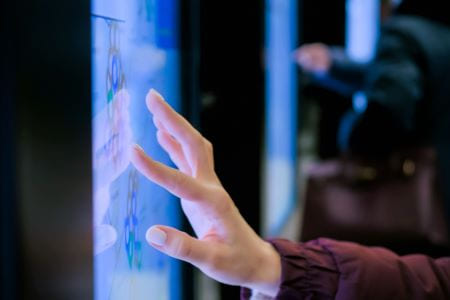 What about capacitive screens?

Meanwhile, capacitive screens are formed by an electrically charged layer that corresponds to commands from the exchange of electrons.

This process occurs at the moment of touch, as the human body also functions as an electrical conductor.

The capacitive touchscreen calculates coordinates without the need to apply pressure, transforming them into commands.

Another advantage of the capacitive system is the greater ability to pass light, allowing for clearer images.

When the user's finger approaches a capacitive screen, the existing electric field is interrupted.

At that moment, the position of the current decrease is identified by a set of sensors, which generates an action command. Thus, touch is recognized based on the electrical conductivity of the body, not mechanical force.

For both companies and users in general, understanding how the capacitive touchscreen works is important for an assertive choice of devices and screens.

Now that you understand what it is, check out the main positive features of the capacitive screen:

As stated earlier, capacitive sensor displays can achieve up to 100% accuracy.

This means that, even with different stimuli at the same time, this touchscreen is able to respond correctly and generate different actions on the screen.

For companies, this feature enables the development of new ways of interacting with devices and applications. An example of this is the increasing use of gestures on desktop screens.

Because it works through electrical conductivity, the capacitive model is able to offer very fast responses to human stimuli.

For users, this feature represents a more fluid experience, being an even greater advantage for those looking for modern interactions, such as “drag and drop”.

On the screens of business equipment and devices, quick responses offer greater assertiveness to employee commands.

A very positive point of the capacitive touchscreen is the existence of a second protective layer, which overlaps the screen.

In order to avoid residue on the main contact surface and ensure greater predictability, it also makes the screen more resistant. 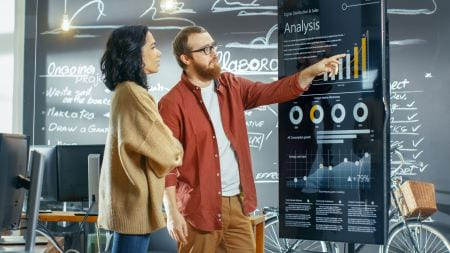 When is capacitive touchscreen use indispensable?

Due to their good cost-benefit ratio, resistive screens are widely used by users and companies to this day.

However, there are some cases where the use of capacitive touchscreen proves to be essential.

If you need more interactivity in the use of devices and equipment, the capacitive display may be a more suitable choice.

In addition to being multi-touch, they offer greater speed in interaction and eliminate the use of force for movement recognition.

Another equally relevant reason is when companies want to modernize their equipment, offering a fluid experience for users.

For this, you can count on the intelligent display solutions from Victor Vision, which offer a new form of interface for your equipment.

The use of capacitive screens has proved to be increasingly advantageous for both users and companies. After all, devices with this technology offer accurate, fast and lasting use of objects and equipment.

If you were wondering how the capacitive touchscreen works, now you know all its main features. So be sure to evaluate this option when choosing a display.