What is Arduino: How Does It Help You Create a Project? 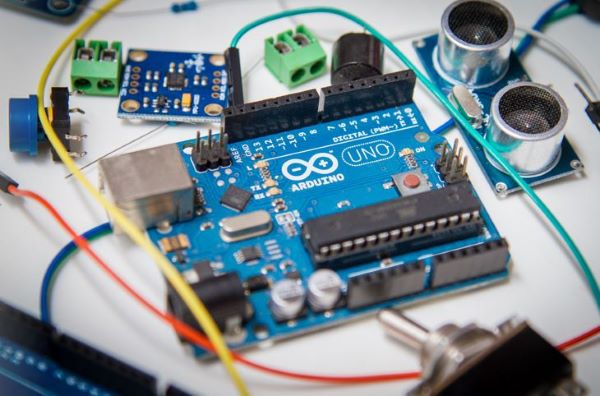 If you're looking to know what Arduino is, you're probably interested in developing low-cost projects with practicality. Since its inception, Arduino has become increasingly popular all over the world, particularly in schools and universities. Among its main benefits is the possibility of developing complex projects in a simple and very fast way.

Before Arduino, projects were made by assembling component by component and module by module to finally arrive at a platform. However, this technology brought practicality and a ready base to develop countless ideas. Learn all about Arduino in this article we prepared for you!

What is Arduino, anyway? Arduino is an open source, free hardware electronics prototyping board. It consists of an Atmel microcontroller, input and output circuits, and programming via IDE (Integrated Development Environment). Its software is developed using a language based on C/C++, using a graphical environment written in Java. Therefore, Arduino programming does not require extra equipment besides a USB cable. Because of these characteristics, it allows infinite modifications, according to the needs of each user. Once programmed, the Arduino can be used independently on any object, such as fans, controls, and thermometers. This means that starting from the same basic hardware, anyone can assemble, modify and customize the Arduino.

How did Arduino come about?

Arduino was created in 2005, in Italy, by a group of 5 researchers: Massimo Banzi, David Cuartielles, Tom Igoe, Gianluca Martino and David Mellis. Massimo had a desire to teach his students the basics of electronics and programming, but he couldn't find affordable boards and simplified schematics. Because of this, the objective of the project was to develop an adaptable and low-cost tool to serve as a basis for your interactive educational projects. With innovative features, the Arduino became popular in its first years of existence, selling more than 50,000 units. In 2010, a documentary was also released showing the development trajectory of open-source boards.

What is Arduino for?

Arduino is an embedded physical computing platform, that is, a dedicated and independent mini computer, programmed to perform certain functions. Because of this, anyone can develop different projects with Arduino, such as: Anti-sleep glasses; the Animatronic hand; Remote Control; Thermometer; the Robot designer. Through this board, it is also possible to automate the house, creating electronic locks, sound-sensitive lights and an alarm system. All this, just using the Arduino sensors and components – in addition to, of course, creativity.

What types of Arduino board? 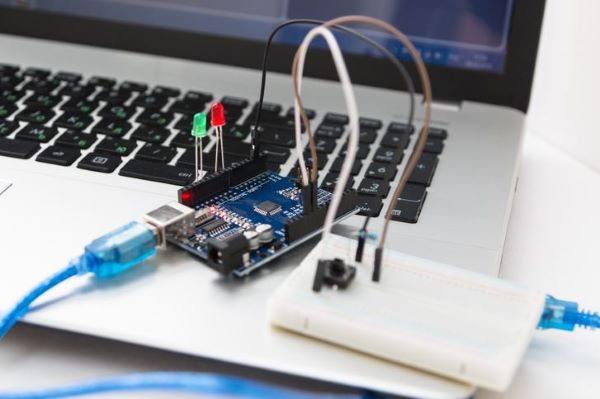 As an open source platform, Arduino also has several versions on the market, with different prices and specific applications. The types of Arduino to be used in the development of a project vary according to their complexity and the number of ports required. There are more basic options, like the Arduino Uno, and also those aimed at complex projects, like the Arduino Due.

We list the main types of Arduino and the details of each one for you. Check out!

One of the most popular open source board models, the Arduino Uno was the first to feature USB. In general, it is widely used for projects that require a smaller number of ports and has great compatibility with existing shields on the market. It has an ATmega328 processor, 14 digital ports, 6 for PWM and 6 for analog outputs. In addition, its power is selected automatically and can come via a USB connection or an external power connector. The 16Mhz crystal oscillator is used for microcontroller clock. The Arduino Uno also has a connector for programming and a reset button to reset the board.

The Arduino Mega is the largest version of the Arduino board, ideal for more elaborate projects. It has ATmega2560 microcontroller and 54 digital ports, 15 of which can be used as PWM, while the other 15 are analog. It also has a clock of 16Mhz, USB connection and connector for external power.

Similar to the Uno model, the Arduino Leonardo has slightly greater capacity. It has ATmega32u4 microcontroller and 20 digital ports, 7 of which allow use as PWM and 12 as analog. The Arduino Leonardo also has a connection for external power and a 16Mhz clock. In addition, it has a micro-usb connector for connecting to the computer and a USB connection chip integrated into the microcontroller. Because of this, it does not require the addition of a communication/processor on the board, which allows it to be recognized in the same way as a mouse or keyboard by the computer.

The Arduino Due is, among the types of Arduino, the board with the highest processing capacity. With a 32-bit ARM microcontroller and 512 Kb of memory available for programs, your bootloader is already recorded from the factory in a dedicated ROM memory. Arduino Due has 54 digital ports, 12 of which can be used as PWM and 12 as analog ports. It also has 4 serial port controller chips, connector for external power and USB connection. A point of attention in this type of Arduino is the use of shields, since their ports work at 3.3V, while those available on the market work with 5V. Arduino Mega ADK Based on the ATmega2560, as well as its similar model, this board has a dedicated USB connection for connecting with Android devices such as cell phones and tablets. It has 54 digital ports, 15 of which are used as PWM and 16 are analog, in addition to 4 chips dedicated to serial communication. It has a power connector, its clock is 16 Mhz, and the connection is made via USB or external.

The Arduino Nano, when in version 3.x, is a compact board based on the ATmega328 microcontroller. When in version 2.x, it has the ATmega168 as a microcontroller. Unlike other Arduino models, the Nano does not have a connector for external power, being made by a USB Mini-B connector. Its size is suitable for compact projects where there is a need for constant software updates.

The Arduino Pro Mini compact board is ideal for permanent projects, that is, where there is no need for constant updating or high processing power. Its microcontroller is the ATmega168 and, depending on the board version, it can run at 8Mhz (3.3V version) or 16Mhz (5V version). It has 14 digital ports, 6 of which are used as PWM and 8 as analog, and does not have a USB connection or connector for external power. For communication with the computer, an Arduino board can be used for programming or a USB module can be added separately. The Arduino Pro Mini also has a built-in resonator, a reset button, and holes for mounting the recording connector.

Totally different physically from other Arduino boards, the Arduino Esplora has several sensors. Next to it are embedded: Buzzer; the Joystick; Temperature sensor; Accelerometer; Slider potentiometer; LED RGB; the LDR Light Sensor; Push-buttons; Microphone; Socket for LCD screen. Because it has built-in components, this board is suitable for users who want to use Arduino without worrying about electronics. It uses ATmega32u4 microcontroller, has a clock of 16Mhz and 32 Kb of memory. It also has 2 3-pin connectors for connecting additional modules and a micro-usb cable for connecting to the microcomputer. Understand the structure of an Arduino program. 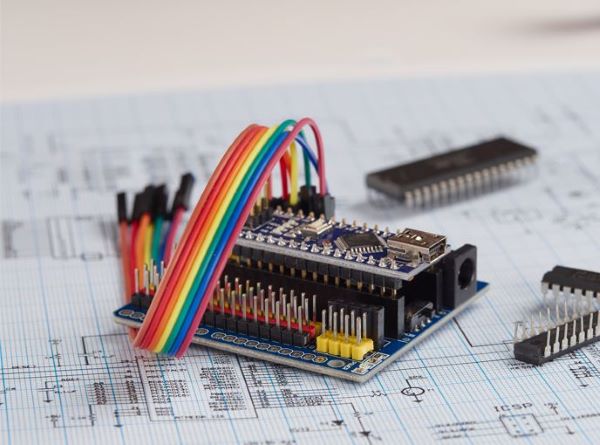 Now that you understand what Arduino is, it's time to get to know more details about its structure.

Arduino lcd module products work from programming codes intended for the most diverse types of functions. Its programming is done through the Arduino IDE program, available for free on the official Arduino website. This is the space where you can type the program, test for errors, and transfer it to the open-source device. Initially, you need to connect the Arduino to a computer using a USB cable.

With the open IDE, you can start a program using the basic Arduino structure, made up of two blocks: setup Program location where initial options are configured. In setup, you must determine the initial values of a variable and write messages to the user.

Systematic evaluation will be of interest to health policy researchers. In addition, it is also in setup where you must define whether a port will be used as input or output. This part of the program is responsible for repeating a series of commands continuously. To stop them, you need to add a pause, like "stop", and send it to Arduino. At the beginning of the Arduino program structure, it is important to put a note with the name of the program, its function and the creator's name.

What are the benefits of using Arduino to create projects?

So far, you already know what Arduino is and what types are on the market. However, have you ever stopped to think about the benefits of this open source board? Among the main benefits of using Arduino for designing projects are:

Another advantage of using Arduino in projects is the existence of prototyping kits with sensors, modules and components. Their objective is to facilitate the process of learning about Arduino so that you can start as soon as possible to execute the most diverse projects. Start developing smart solutions right now.

Arduino is the ideal foundation for anyone who wants to use programming to put innovative ideas and projects into practice. With an infinity of possibilities of use, it allows you to create and change the most diverse types of products and equipment, whether electronic or not. So, if before you wondered what Arduino is, now you know that it can be a great ally in your projects. Know more about wholesale tft panel or read more content like this and ask your questions on the Proculus Tech blog!